Iceland will be supporting a radical new advertising campaign, Eat Them To Defeat Them, which launches on ITV today with the aim of inspiring kids to eat healthily and help tackle rising childhood obesity.

Despite past campaigns 80% of primary school kids still aren’t eating enough vegetables and this ground breaking initiative looks to change that. The campaign is being launched by a partnership between ITV and not for profit initiative Veg Power. Eat Them To Defeat Them will engage with kids and parents in a new way, looking to reinvigorate how vegetables are viewed and consumed.

The campaign has been funded by a unique alliance of supermarkets and brands that have donated to the Eat Them To Defeat Them initiative. 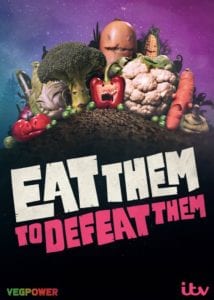