During a routine delivery, Derek recognised a gas smell at the customer’s home which was situated close to a petrol station. When the customer complained of headaches, Derek immediately checked her oven, opened all the windows in the house and urged the customer to call the gas board. Two small leaks were later discovered in corroded pipes under the kitchen floorboards which could have caused devastating consequences not only for the customer but the surrounding area too, had it not been for Derek’s quick-thinking actions.

Derek received an Iceland Service Award for going way above and beyond his call of duty. 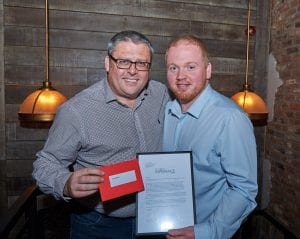