Iceland is supporting a government-backed trial which could lead to legal requirements on the positioning of fresh produce in supermarkets.

The trial, delivered in partnership with the University of Southampton and the NHS, follows a pilot project and hopes to demonstrate that families will eat an extra portion of fruit and vegetables a day if it is the first thing they encounter when entering a store.

Dr Christina Vogel, of the University of Southampton said: “By putting fruit and vegetables at the front of the store as soon as people come in they might be more influenced to fill their trolley up.” She predicted that shoppers would buy an extra four to six portions a week, evidence which would support government consultations on regulations around healthy layouts of supermarkets.

The trial will run across 36 Iceland stores. 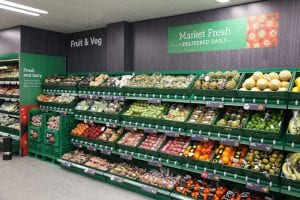